Kyocera copiers are known for their functionality and durability. For many years they have proven to be one of the best office machines on the market today. Copysouth Business Systems carries both new and refurbished Kyocera copiers and multifunctional printers (mfp’s)

Fairfield, N.J. – October 1, 2009 – Kyocera Mita America, one of the world’s leading document imaging companies, today announced that it has been named Printer Manufacturer of the Year by Marketing Research Consultants, Inc. This year’s honor marked the fourth time in five years Kyocera has received the award. The Cannata Report, a Marketing Research Consultants, Inc. publication, will feature this year’s results in an upcoming issue. Winners are acknowledged based upon reactions of independent office equipment dealers nationwide.

“We congratulate Kyocera Mita on receiving the Printer Manufacturer of the Year Award,” said Frank G. Cannata, president, Marketing Research Consultants. “It is a great testament to the quality of the products as well as the people who support them in the field. This is also an acknowledgement by the independent MFP dealer community that Kyocera Mita printers represent a very important part of their product line up.”

The Printer Manufacturer of the Year award recognizes the manufacturer that provides the best overall sales and service support in the industry as determined by the 274 dealers who participated in the report’s 22nd Annual Dealer Survey. Ratings given to Manufacturers are rated on communication skills, competitive products, and programs that enable the independent copier dealer to achieve a high degree of success in a very competitive marketplace.

“Being named ‘Printer Manufacturer of the Year’ is a great honor for Kyocera,” said Peter Hendrick, vice president of marketing, Kyocera Mita America. “We have proudly accepted this award four out of the last five years, and credit our commitment to offering the highest-performing, most reliable, and one of the lowest total cost of ownership printer lines in the industry. We will continue to set the benchmark for the industry, always with the ultimate goal of providing the very best value and technology to our channel partners and their customers.”

In 2008, Michael Pietrunti was named “Executive of the Year” by Marketing Research Consultants Inc. (MRC). Pietrunti was recognized for his commitment to Kyocera’s dealer channel for ensuring a streamlined sales process and additional revenue opportunities through product and service offerings. 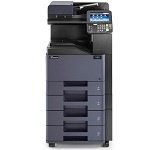 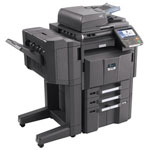 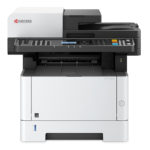 Please use the form below to order supplies. Make sure to the add the colors and quantity in the message box.